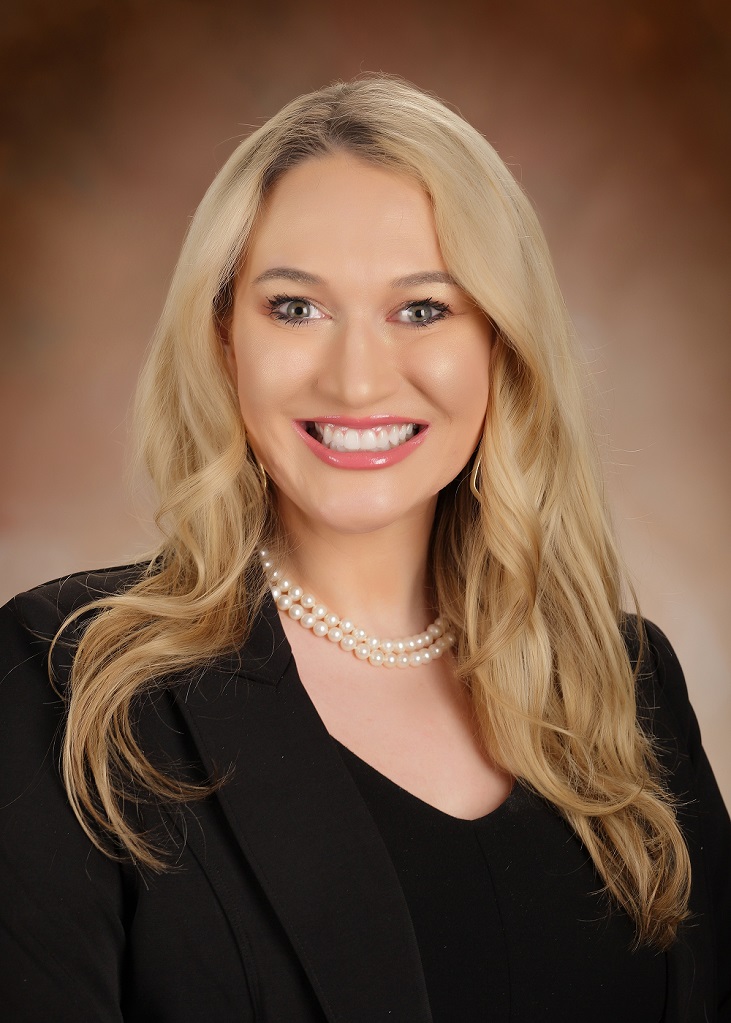 Kathleen “Kat” Coffey Thompson is a passionate trial attorney working for the victims of personal injuries, focusing primarily on motor vehicle collisions and medical malpractice cases. She understands the intricacies of the law as well as the emotional and real-world impact unanticipated injuries have on the lives of her clients and their families.

Kat thrives in this field because she is detail-oriented, empathetic, practical, and committed to her work and her clients. Her goal is to ensure her clients are heard, understood, and fairly compensated for the injuries caused by someone else’s neglect.

Kat is originally from the mountains of Grundy, Virginia, though she has deep Kentucky roots. She attended Centre College in Danville to be closer to her grandparents and never left the beautiful Commonwealth of Kentucky. After college, she earned her juris doctorate from the University of Kentucky College of Law.

Then, upon graduation from UK Law, Kat returned to the mountains to clerk for United States Magistrate Judge Edward B. Atkins in Pikeville, Kentucky. In this capacity, she performed extensive legal research and writing while acquiring unique exposure to all stages of federal criminal and civil litigation.

After her clerkship, Kat had the incredible opportunity to work for the United States Department of Justice as an Assistant United States Attorney for the Eastern District of Kentucky in London, Kentucky. Even though she was one of the youngest attorneys ever hired in the district, she was tasked with managing complex investigations involving multiple Title III wiretaps, and leading multifaceted prosecutions of drug conspiracies and organized crime. A rarity in today’s legal setting, she saw the courtroom multiple days each week. She will never forget the feeling of pride and responsibility that came with stating, “Kathleen Coffey appearing on behalf of the United States, your Honor.”

Kat chose to leave the world of criminal law to pursue a more client-focused role in litigation. Still, her fight for justice continues. She chose to become an advocate for people hurt by the negligence of others so she can give a voice to individuals who cannot otherwise fight for themselves. She moved to Louisville after meeting her now husband, Nick, a Louisville native.

Before joining Kaufman & Stigger, PLLC, Kat worked for other small, well-respected personal injury firms in the region focusing on medical malpractice litigation. Kat had the privilege of managing multiple, complex medical malpractice mass tort litigations where she and the litigation team successfully represented hundreds of clients who were the victims of receiving unnecessary cardiac testing and interventional procedures. In doing so, Kat served as co-counsel in two, multi-week medical malpractice trials. The first of these trials resulted in a verdict more than $21,000,000.00. The second settled just before closing arguments.

Kat is active in multiple legal organizations, serving on the Board of Governors for the Kentucky Justice Association as well as the American Association for Justice.

Kat lives in Louisville with her husband, Nick, and their two pups, Cooper and Hank. She most enjoys spending quality time with her friends and family, especially playing board games and cooking with Nick. Outside of work, Kat serves on the board of The Arrow Fund, a Kentuckiana-based 501(c)(3) nonprofit that rescues and rehabilitates the animal victims of neglect and abuse. Kat is committed to the purpose of the organization which strives to educate the public regarding the ongoing problem of animal cruelty and advocates strengthening our local, state, and national animal welfare laws.