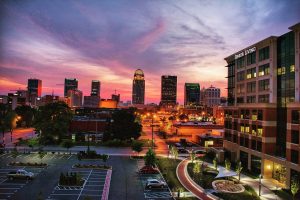 Pedestrians can face major risks to their safety as they travel around Louisville, especially at night. Those intersections that feature crosswalk lines that have been worn so much they are nearly invisible are especially dangerous. Drivers who aren’t paying attention to the roads like they should can miss someone on foot and not even realize they’ve blown through a crosswalk.

The injuries suffered by a defenseless pedestrian could be severe, but victims may have to wait even longer for life-saving medical care if an at-fault driver chooses to drive away from the scene and commit a hit-and-run.

A man was rushed to the hospital after getting struck in a hit-and-run accident in western Louisville Monday morning. WAVE-TV reports the accident took place sometime before 6:30 a.m. near the intersection of South 28th Street and West Broadway on August 22, 2022.

Louisville Metro Police say the victim was immediately taken to UofL Hospital with injuries and is expected to recover.

Officers say the car involved left the scene but was located a short time later several blocks away near the intersection of Cecil Avenue and Greenwood Avenue. At the time, they had not charged the driver. LMPD police officers continue to investigate the circumstances surrounding the collision.

Legal Protection for Victims After a Louisville Pedestrian Accident

Pedestrian accident victims can suffer major injuries in even a low-speed car accident. Those on foot travel defenseless when compared to drivers and passengers inside their metal cars protected by airbags and seatbelts.

Victims may wake up in a hospital bed with broken bones, head injuries, or another serious wound. They will soon have time to wonder if they’ll get help paying for recovery, or if they’ll have to empty their savings to pay off doctor and hospital bills. Sadly, victims are often missing paychecks at work during this period and are left with even less income to keep bill collectors at bay.

An at-fault driver should be held accountable for recovery costs for as long as a patient needs assistance healing. A victim or a family member can file a claim for damages against the driver’s auto insurance provider. This civil claim requests full compensation on medical bills and the income and benefits lost through work. The physical and emotional pain a pedestrian is put through could earn families additional support in a settlement check.

Unfortunately, pedestrian victims must often demand fair benefits from the driver’s insurer simply to get basic support after an accident. Unhelpful insurance providers have a long list of tactics they use on victims to try to limit the support they have to offer. Allow a Louisville Pedestrian Accident Attorney to protect you and your family from these unfair practices.

If the mistake of a careless driver hurt you or a loved one, contact Kaufman & Stigger, PLLC, today for a free and confidential consultation. Our attorneys allow victims the time they require to heal while we handle the most frustrating parts of an injury claim. We make sure victims have what they need to get back on their feet.